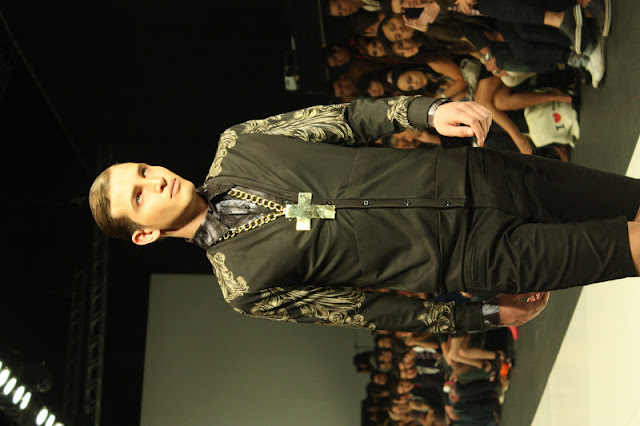 I know I promised I would keep up with the reviews of IDM and it might seem like I forgot about the shows that I didn’t post about but believe me I did’t forget. Sometimes as a blogger if one is not inspired to post about a specific topic, you just can’t do a post and when talking about a talented fashion designer’s collection, I definitely wanted to show their talent here and give them the recognition they deserve. None the less, here is Olmos & Flores fall/winter 12-13 collection.

These two talented mexican designers have achieved a level of recognition and respect among the rest of the fashion industry here in Mexico. I had seen their pieces in other blogs before but had never actually been in front of one live, needless to say an entire collection! When their show began I was completely blown away with each of their pieces. I also liked that their collection was entirely composed of menswear pieces [which is probably why I appreciated it so much]. Overall the collection was very complete and had a little bit of everything, from swimwear, to suits, sheer shirts, sportswear, and even lounge/underwear! The color palette was also great in variety and had its warm pastel colors such as teal, purple. and burgundy; but it also had cooler and darker colors such as black and gold [which stood out and dominated in many pieces]. 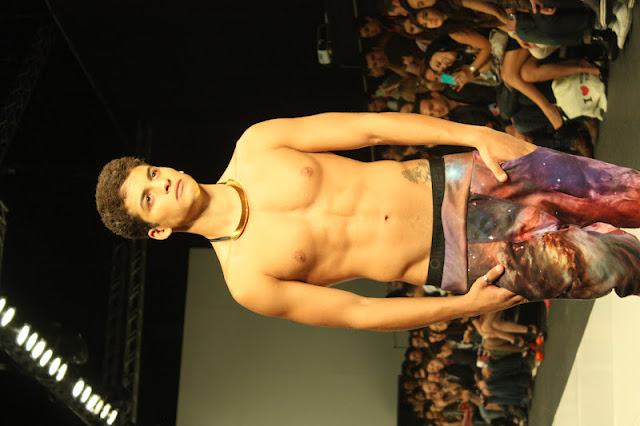 A detail that they had in a few of their garments was the galaxy print. This trend has been seen for several seasons now in many different types of clothing, mainly t-shirts, but something that I liked about Olmos & Flores was that they got really creative with it and designed an entire suit, a sheer shirt [that I will probably be purchasing], underwear, pants, and many others. Without a doubt, this was one of my favorite collections from this edition of IDM and now I have to start saving up some money in order to acquire some of their pieces! 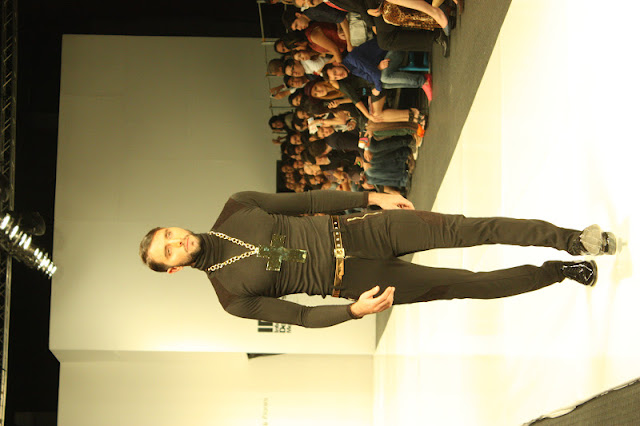 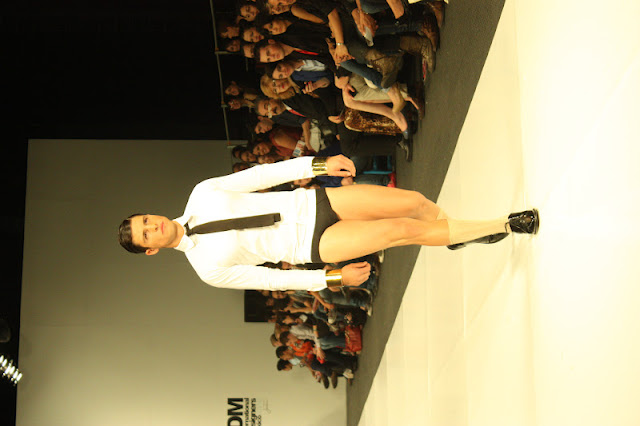 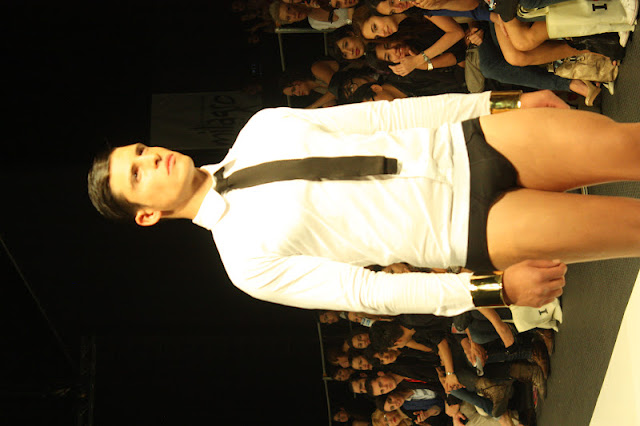 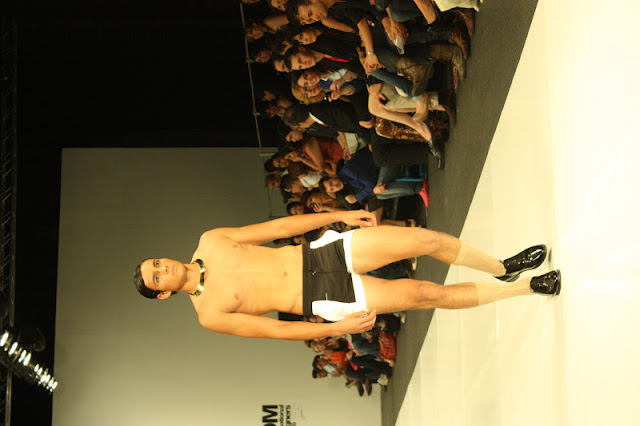 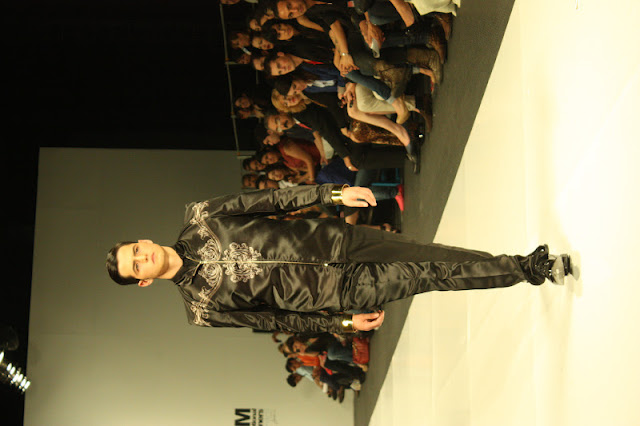 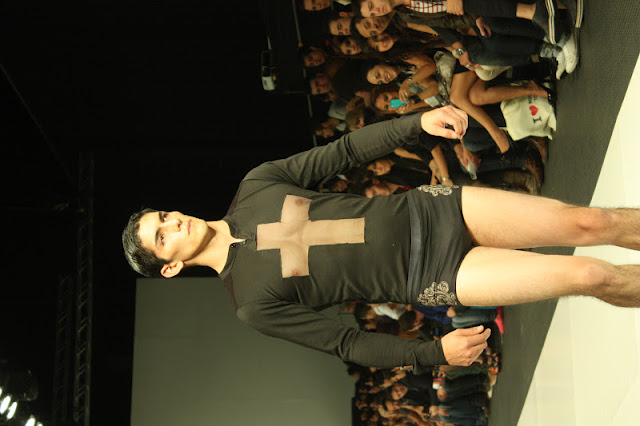 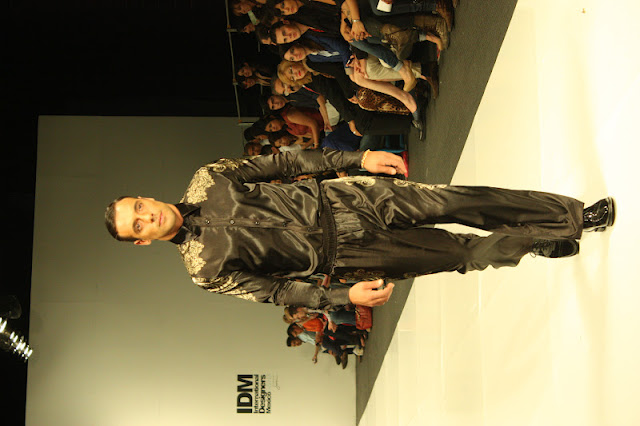 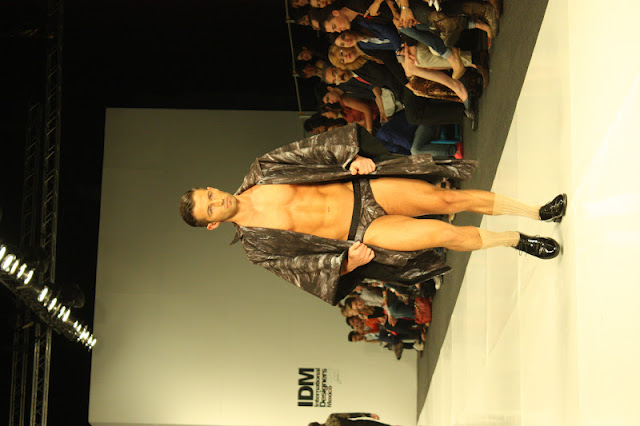 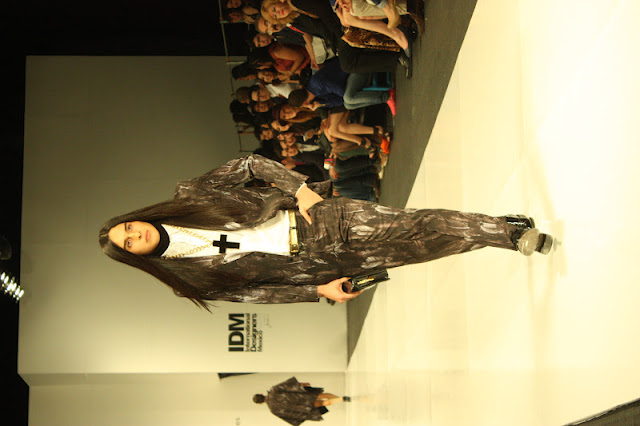 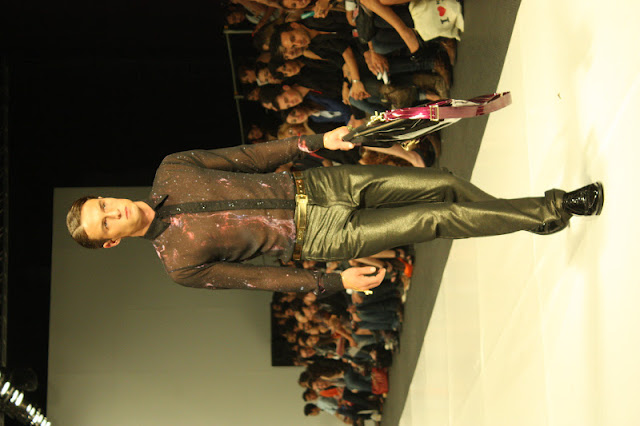 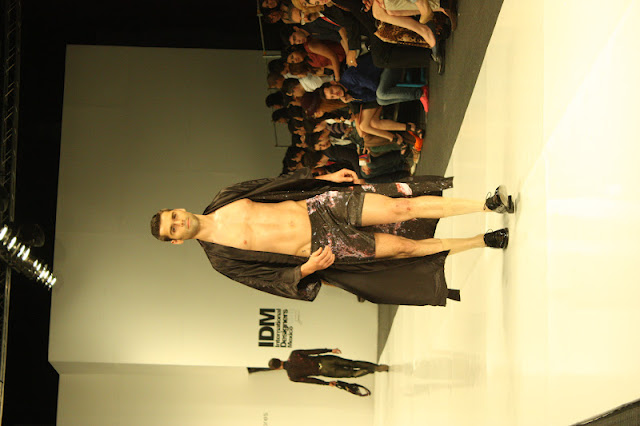 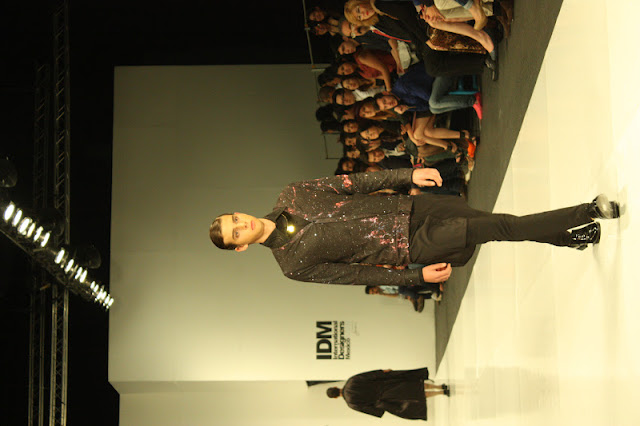 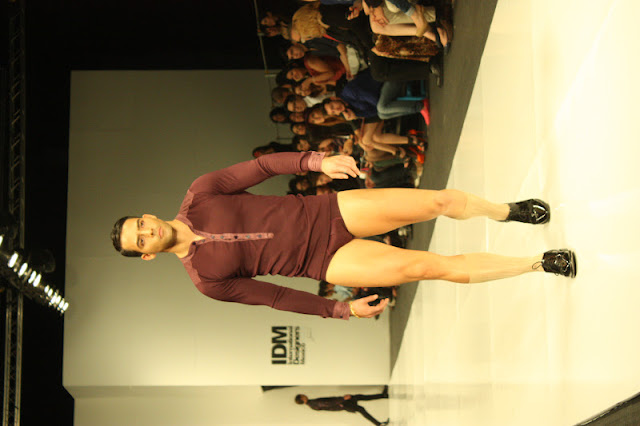 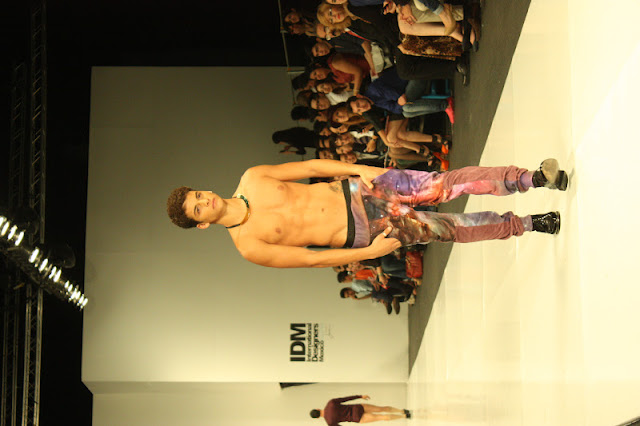 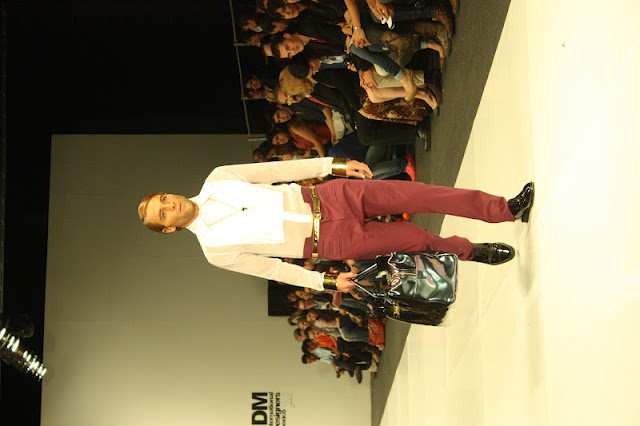 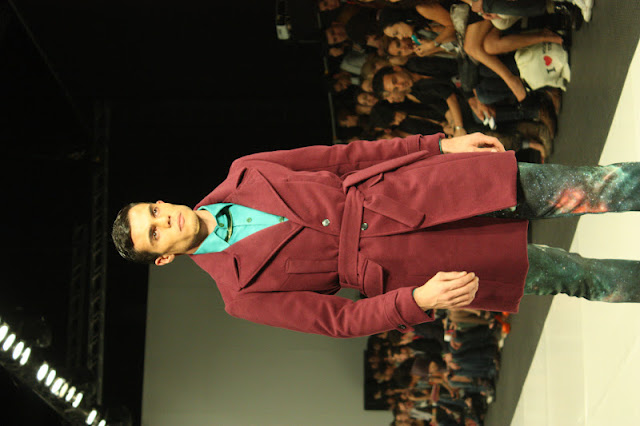 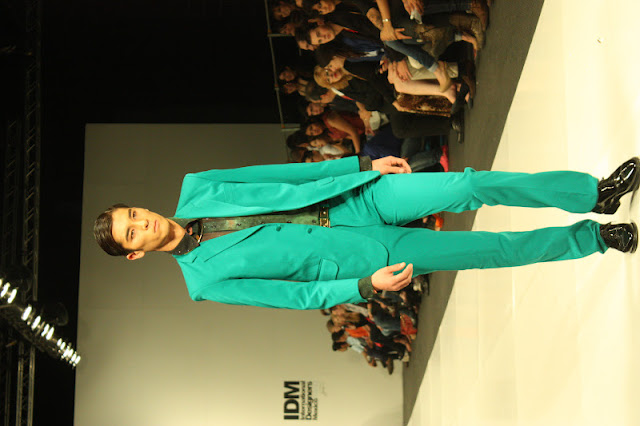 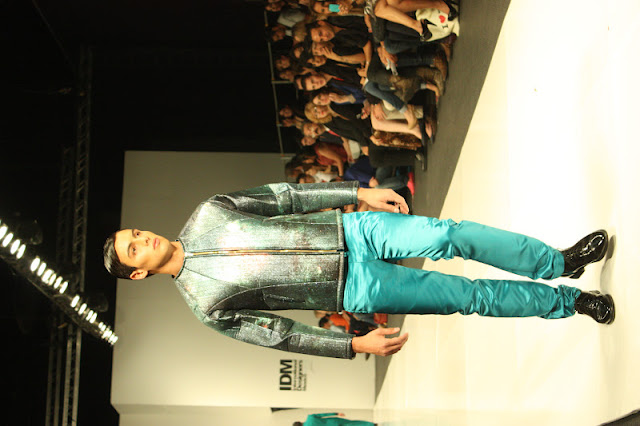 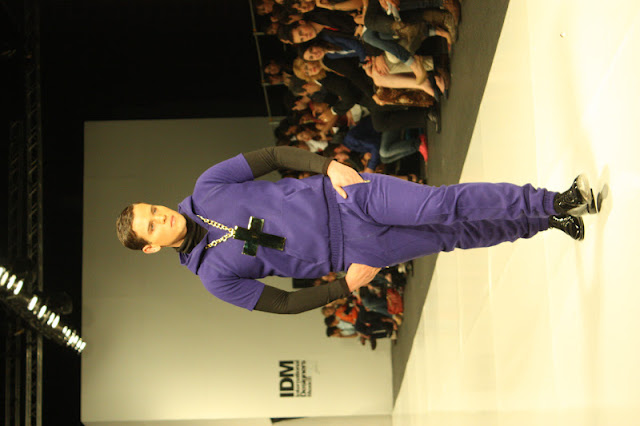 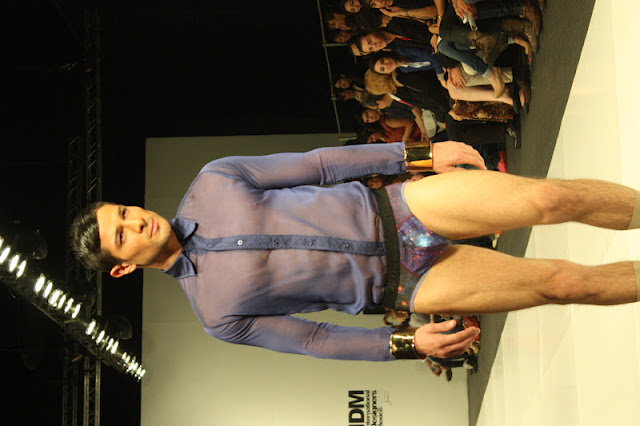 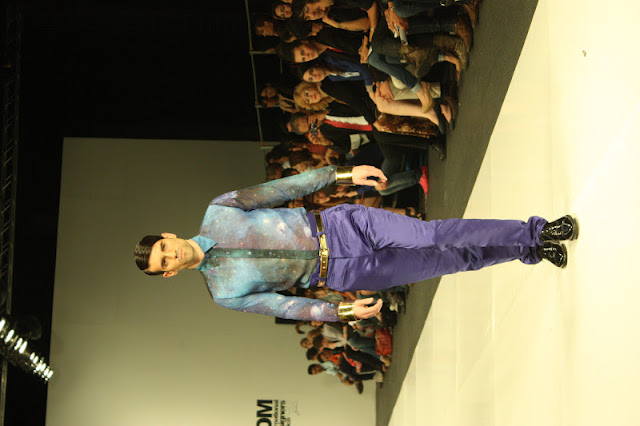 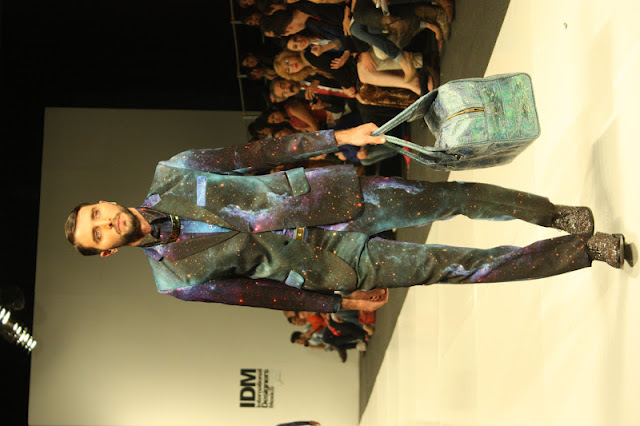 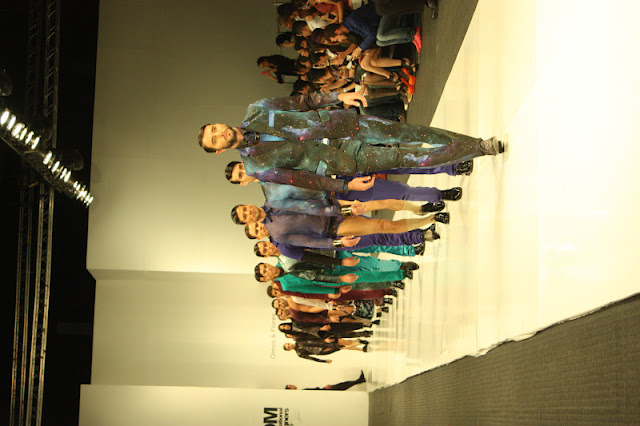 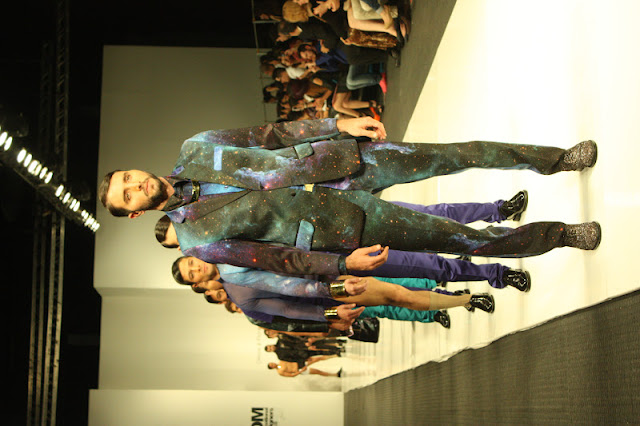 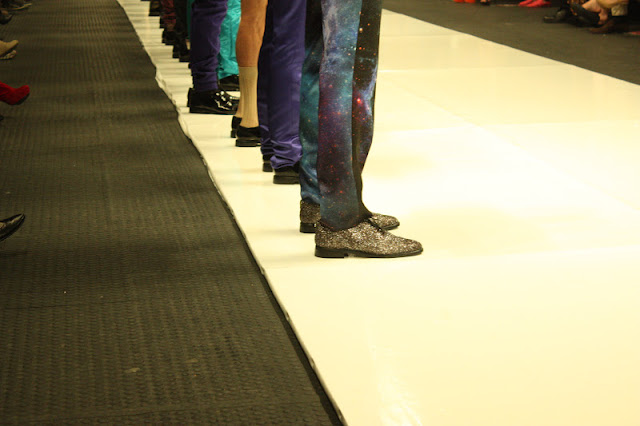 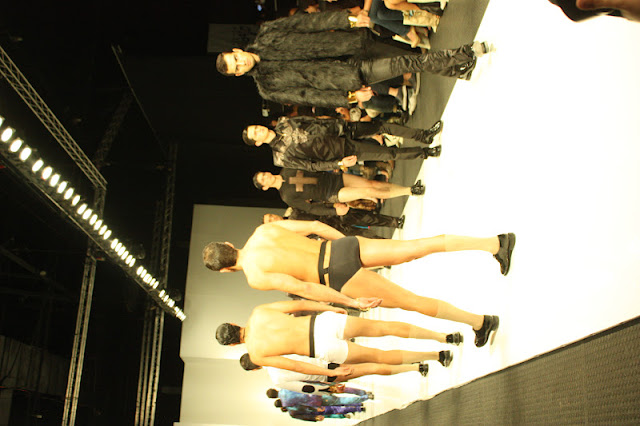 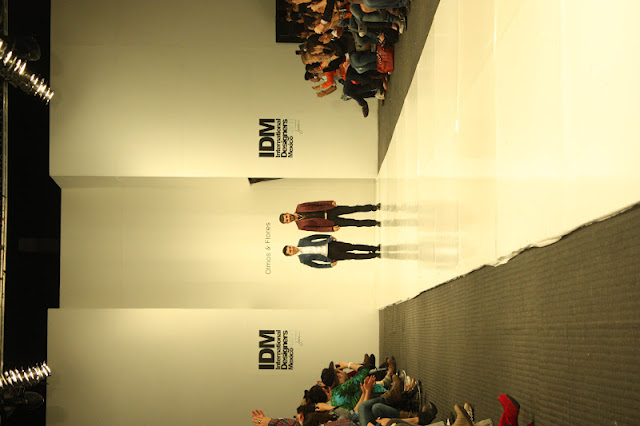